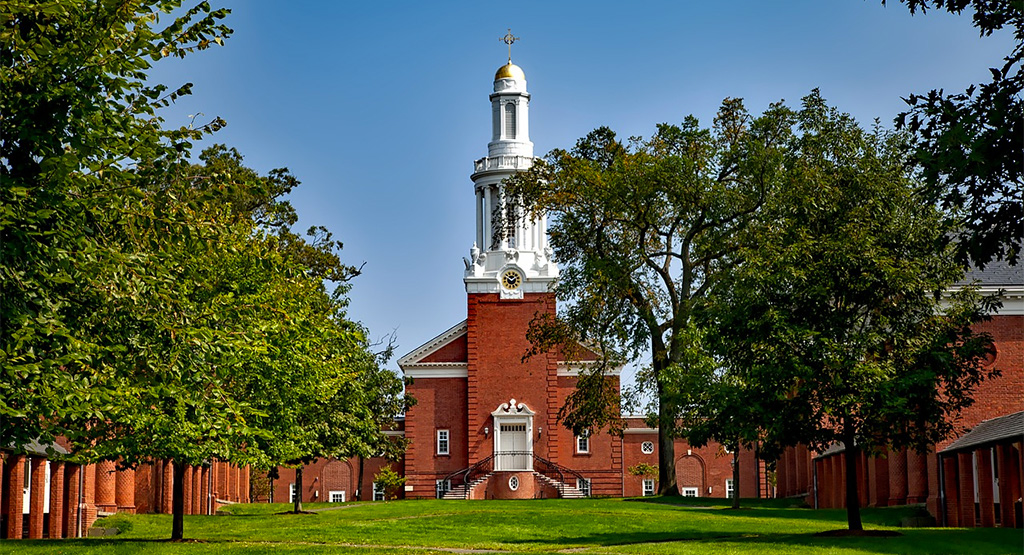 Yale is ranked #3 among National Universities and #14 for Best Undergraduate Teaching in the most recent U.S. News and World Report. Founded in 1701, it is also among the oldest of the Ivy League schools. (It’s second only to Harvard, which was founded in 1636.) Today, Yale has a total undergraduate enrollment of 5,964, most of whom live on or near Yale’s 345-acre campus in New Haven, Connecticut.

Yale is well known not only for its excellent academics, but also for its many extracurricular opportunities. Students can participate in Yale’s NCAA Division I sports teams or join some of its many student organizations. Yale boasts fifty performance groups and sixty cultural associations, not to mention its secret societies, such as the famous Skull and Bones Society. Yale also uses a unique residential college system, assigning students to one of twelve residential colleges before freshman year. When they arrive at Yale, students live, dine, and socialize with the members of their college, providing them with a tight-knit community within the larger university system. The school consciously designs each residential college to serve as a microcosm of the university as a whole, bringing together students with different backgrounds and interests to learn from and be inspired by each other.

All undergraduate students at Yale must enroll in Yale College, where they can choose from among 80 different majors and thousands of possible courses. The student-faculty ratio at Yale College is 6:1, and over 74% of courses enroll fewer than twenty students. Most programs include a senior requirement, such as an essay or a project, that allows students to work one-on-one with a faculty member on a subject in their field. Yale also offers a host of undergraduate research fellowships—including over 100 summer fellowships for freshmen alone—allowing students to work with professors to explore topics that interest them.

The good news is that, if you decide to apply Single-Choice Early Action, Yale will still allow you to submit applications to schools with rolling admissions and to schools outside the United States. You can also apply Early Action to any public schools within the United States. In addition, you are allowed to apply to another school’s Early Decision II program, provided the notification of admission to that program occurs after January 1. (If you are admitted to another school in the Early Decision II round, you must withdraw your application from Yale.) This means that you could still apply early to lots of other schools, including St. Andrews (international), Penn State (rolling), and the University of Michigan (Early Action, public school).

Students applying to Yale can use the Common Application, the Coalition Application, or the QuestBridge National College Match Application. Yale requires students to submit the SAT or the ACT, and the school highly recommends that students submit SAT Subject Test scores. Based on our 20+ years working with students, we can tell you that successful applicants typically submit four or more subject tests with scores of 760 or higher, as well as several strong AP tests. The school also recommends an interview with a Yale alumnus or a current student.

When it comes to the SAT and ACT, accepted Yale students typically have very high scores. On average, the middle 50% of enrolled freshmen at Yale scored 730-790 on the SAT Math, and 720-770 on the SAT Reading/Writing. Their composite ACT score was 33-35. Yale does use superscoring, which means that admissions officers will consider only the highest score for each component of all the SAT or ACT tests that a student has taken. The school does not participate in Score Choice, however, so applicants must report the scores of all the tests they have taken. For this reason, we never suggest that a student sit for a SAT or ACT test as practice. Instead, you should take practice tests at home and prepare until you are ready to achieve the score you need. Yale is not the only school that demands to see ALL standardized tests a student has taken. It’s better be safe than sorry.

The previous year, Yale accepted 2,229 students or 6.31 percent of the 35,306 students who applied to the Class of 2022, and the SCEA round accounted for 842 acceptances out of a pool of 5,733 applications.  Students admitted to the Yale College Class of 2024 represent all 50 states, Washington D.C., Puerto Rico, and 72 countries, and will graduate from more than 1,400 secondary schools around the world.

The Class of 2024 will complete the expansion of Yale College that began three years ago with the opening of Pauli Murray and Benjamin Franklin colleges. The newest Yalies will bring the total undergraduate enrollment to approximately 6,250 — an increase of 15 percent since 2017.

Over the past several years, the proportion of applicants, admitted students, and incoming first-years who identify as a member of a minority group and/or first in their family to attend college has steadily increased, and this year is no exception.

Top Tier Admissions Can Help You Get Into Yale University:

Ready to Apply to Yale? Try one these Top Tier options!