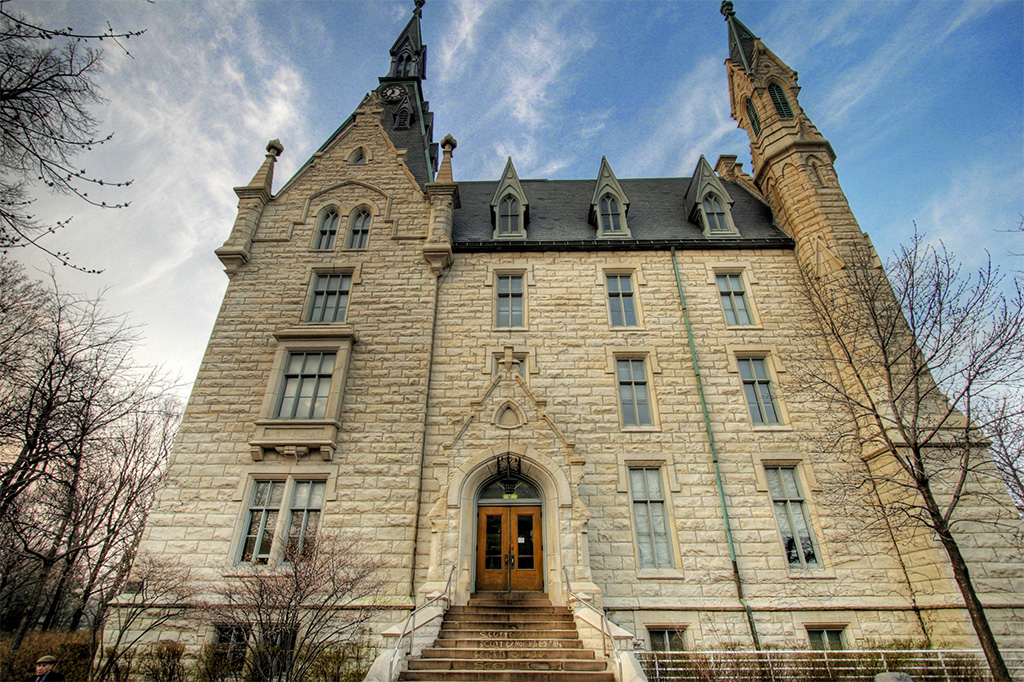 Northwestern University currently ranks at #9 on the most recent U.S. News and World Report’s list of National Universities, and at #14 on its list of Best Value Schools. Founded in 1851, Northwestern currently enrolls 8,353 undergraduate students, most of whom study on its main campus in Evanston, IL. Northwestern also has campuses in nearby Chicago—located only twelve miles away from Evanston—and, as of 2008, in Doha, Qatar.

Students regularly commute between Evanston and Chicago, traveling either by public transit or on the free intercampus shuttle. In addition to classrooms and labs, Evanston offers beaches, coffee shops, scenic running trails, and a vibrant restaurant scene. In Chicago, students can find a more urban environment, as well as important cultural centers like the Museum of Contemporary Art and the John Hancock Center.

Nearly 70 percent of the undergraduate population at Northwestern lives on campus. These students have the option of living in traditional residence halls, in residential communities (which offer more student-driven programming and live-in faculty), or in one of eleven residential colleges. Residential colleges—which range in size from 40 to nearly 300 students—are generally themed around particular issues, including business, international studies, public affairs, and community engagement. All offer students a variety of academic and social programming, including the opportunity to dine with faculty members, attend regular outings and presentations (known as “firesides”), and, in some cases, take small seminars for credit.

Northwestern offers more than 500 extracurricular groups for students to join, with focuses ranging from community involvement to theatrical performance to political activism. The school also competes in NCAA Division I sports, and it is the only private university in the Big Ten conference. Academically, Northwestern works on a quarter system, which gives students the opportunity to take more classes than a traditional semester system; students typically take four classes each quarter.

Northwestern University is comprised of twelve different schools, including:

The first six of these are undergraduate schools, offering students bachelor’s degrees in a variety of different fields. Students can also earn undergraduate degrees—and study abroad for the fall semester—at Northwestern’s Qatar campus. In addition, the Kellogg School of Management offers undergraduate certifications in financial economics and managerial analytics. In total, Northwestern offers undergraduates more than 200 formal academic concentrations, as well as the opportunity to develop and complete their own programs of study.

In addition, Northwestern offers several special admissions programs. Students interested in math and natural sciences can apply to the Weinberg College’s Integrated Science Program (ISP), which offers an intensive, accelerated curriculum and the opportunity to complete a bachelor’s degree in three years. High school seniors interested in medicine can also apply to the Honors Program in Medical Education (HPME), a non-binding, seven-year BA/MD program. This program allows students to earn a bachelor’s degree through an individualized course of study at the Weinberg College, McCormick School of Engineering and Applied Sciences, or School of Communication, and then—provided they maintain a minimum GPA—gives them the option to matriculate at the Feinberg School of Medicine. (The MCAT is not required for matriculation into Feinberg.)

For graduate students, Northwestern offers ten graduate and professional programs, including those at the Kellogg School of Management, the School of Education and Social Policy, the School of Law, the Feinberg School of Medicine, the McCormick School of Engineering and Applied Sciences. An accelerated JD program allows a select group of students to complete the JD in two calendar years, while the Pritzker School and the Kellogg School offer a joint degree program allowing students to earn both JD and MBA degrees in three years.

Northwestern readily admits that Early Decision applicants have an advantage over students in the regular round. In the school’s own words, “Applicants who choose Early Decision send a strong positive message to Northwestern. Given early applicants’ high level of interest and the high concentration of academic and personal strengths represented across the early applicant pool, our Early Decision acceptance rate is typically higher than that of Regular Decision.” In fact, Northwestern usually fills up one half of the entering class during the early round.

Students can apply using either the Common Application or the Coalition Application. Applicants must submit either the SAT or ACT. Northwestern also recommends that most applicants submit at least two SAT Subject Tests. (Applicants to the ISP and HPME programs have more precise requirements.) Based on our experience working with students at Top Tier, however, we know that “recommended” tests are often actually required for admission. Northwestern also offers applicants the opportunity to take part in an alumni interview.

For the Class of 2023, Northwestern received a record 40,577 applicants, 100 more than received last year. The overall acceptance rate was  8.9 percent. First-generation college students make up 12.5 percent of the class and 11 percent are international students. As usual, early applications will fill about half the entering class, which will likely total 1,925 students. There were 4,399 students who applied Early Decision. Of those 4,399, 25 percent were accepted.

Top Tier Admissions Can Help You Get Into Northwestern University:

Ready to Apply to Northwestern? Try one these Top Tier options!