This has been an unbelievable year in college admissions.  We’ve worked with students and families for over 15 years and nothing stays the same, we promise that.

The number of early applications is also off the charts this year.  A small school like Colby, for instance, had an increase in early decision applications for the third year in a row. This year they received 11,190 applications for 500 spots for the Class of 2021, up 14 percent from last year and 117 percent from 2014.  Georgetown accepted 11.9 percent of 7,822 early action applicants to the Class of 2021, which is 1 percent lower than last year’s 13 percent –it was the lowest acceptance rate they’ve ever had.

Of course, this means it’s a record year for low acceptance rates overall.  And, the Ivies are no longer the toughest schools to get into! Pomona had an 8 percent acceptance rate; Georgetown was 15.43 percent; Vanderbilt 10.19 percent; Northwestern 9.1 percent; Duke 9.06 percent!

All this to say it’s been a tough year for many seniors and we’ve heard from many parents and students who didn’t work with us and wish they had.  If you were waitlisted, take a breath and plan a response! If you were rejected and yes, we’ve heard from kids who were rejected at all their colleges. Perhaps they aimed too high or they simply didn’t have strong applications and with this many applications and rise in quality of applications there were many surprised applicants.  It’s not the end of the world.  Take heart and take action. 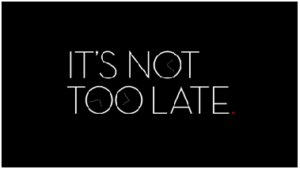 What’s the good news if your college outcomes weren’t what you hoped? It’s not too late!

As of April 5, 2017, the following colleges are still accepting applications: (and this is just a sampling)

How can you find colleges still accepting applications?