Student Simon Kuh in his LA Times op-ed piece, titled “College Tour Fail: Why Can’t Admissions Offices Tell It Like It Is“ states, “What mattered most was hearing an admissions representative talk extemporaneously, authentically, about what students and professors at the school were like, what they cared about most and how they viewed their college experience.”

Michele Hernandez did just that in her best-selling book A is for Admission: The Insider’s Guide to Getting Into the Ivy League and Other Top Colleges and blew the roof off the hidden truths tucked inside Ivy League admissions offices. But this was 2009, folks! AND ADMISSIONS OFFICES ARE STILL proffering these same old lines to students on college tours and visits. As a collective group of students and families we need to be able to discern truth from myth. 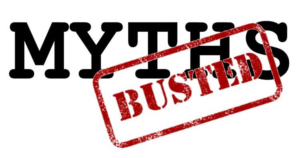 TRUTH FROM A FORMER ADMISSIONS OFFICER

When Michele worked as an assistant director of admissions at Dartmouth College, she and her colleagues were taught to lie to audiences in college information sessions, only they didn’t think of it as lying. Some of them were white lies (should my son apply if he had a weak 9th grade year? Sure, they do a holistic read of every application…well, except when grades are low in which case we often toss them into the “one reader reject” pile and barely look at them) and some were whoppers (a hook is just a “slight tip in admissions” – well, unless you happen to be a great ice hockey player in which case they will take you with a 450 critical reading score).

After working at Dartmouth for 4 years, she wrote her aforementioned book about the inside process of Ivy League admissions that debunked many of the myths out there and explained in detail how things were really done. Hooked kids make up 40% of the class. Colleges like taking a lot of the class early decision so their yield is higher. They lower the standard for many groups including minority students and high level athletes and development cases who often are way below their typical academic standards.

As a parent, Michele was shocked when she toured colleges 2 years ago with her teenaged daughter to STILL hear these lies being tossed around. Her daughter almost fell out of her chair when a top liberal arts college admissions officer swore they didn’t take athletic recruits (funny, since several of Michele’s clients have received written and verbal commitments from coaches). Even after someone in the audience followed up and said that can’t be true, the admissions officer stuck by her guns.

WHAT ARE COLLEGES GAINING?

So, what are colleges gaining by perpetuating these myths even though they’ve clearly been debunked? Increased applications so they can appear more exclusive, sure. Also, they aim to be politically correct and appear open to all kinds of students, not just those with high grades and scores. And, they do take these students, but to be clear they are athletic recruits, under represented minorities, development cases, legacies, and even professors’ kids. We aren’t saying all hooked kids have lower GPAs and scores, but plenty do which is why a non hooked applicant simply has to be higher than the averages posted in US News and World Report.

A WHOLE NEW WORLD OF STUDENTS

Colleges need to open their eyes to just who is coming to visit them – these kids are SMART and finally, thanks to students like Simon Kuh, asking the right questions. Students don’t need a recitation of the school’s website on stats or tips on how to properly do laundry. They want to feel the ‘pulse’ of the school; they will remember the ‘feeling’ or ‘vibe’ because ultimately this will help them determine exactly where they want to go to boost those ever-important admit stats that schools are so eager to plug. They want to know the truth behind the US News rankings and figure out if they really stand a chance or if they should waste their shot in the early round on a hope and a prayer.

We’d love to see college admissions become more transparent and we can bet admissions officers want to stop stretching the truth when they are giving talks to eager high school students at college fairs or information sessions on campus. And yet can you imagine if an admissions officer at Columbia, let’s say, stood on the ornate stage during one of their large info sessions on campus and said, “Guys, the truth is we have screeners during the regular round who literally scan your application and if your scores and grades are out of our range, it’s called a ‘one reader reject.’” NOT a way to warm up the crowd.

2 replies on “Why Do Admissions Officers Lie?”

Great article! So how do you know if your grades and scores and truly good enough to get into the school or at least make it thru the “screening” round?

Thanks for your note. This data is published in a number of places. The easiest to review is US News and World Report and their new 2017 listing is out. You can also Google search each college for The Class of 2020 statistics and see data about the freshman class. Best of luck!