Recently Columbia University followed the University of Pennsylvania’s lead by becoming the second Ivy League school to drop both SAT Subject Test requirements along with the writing section requirements for the SAT or ACT. It appears schools are starting to trend a bit more on the ‘less is more’ side in terms of standardized test requirements. Like the ‘mom jeans’ revival of late, we urge you to buck this trend. PLEASE. Remember, things are not always as they appear in college admissions.

These tests formerly called SAT II’s and longer ago, achievement tests, are important regardless of school requirements. Naysayers will combat this with ‘Well, if the school doesn’t require them then why should I/my student bother?’ The answer is honestly quite simple – college admissions isn’t getting any more transparent or less aggressive while (blessedly) our students and their applications are getting stronger and smarter. Competition is fierce in college admissions even for lesser-known schools. If you have the opportunity to shine just this much brighter than your competition – why wouldn’t you go for it? Make it easy for an admissions officer to see the value of your high grades with equally high Subject Tests.

In our workshops and talks with parents, students, and school officials we are often asked about the mysterious Subject Tests. And, the same misunderstandings are voiced concerning these one-hour, content-based tests put out by the College Board.

Let us clear up some things and bust some Subject Test myths.  Buckle up! 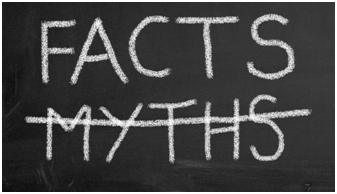 NOT TRUE. Not only do Subject Tests provide another quantitative way to evaluate a student, they allow student comparison on an even playing field. They help colleges interpret your grades and equalize grading scales from high school to high school. How does an A at school X compare to an A at school Y? Well, if one student scored a 770 on the Bio SAT Subject Test and the other scored a 580, colleges would assume that the first school had a much “truer” grading scale and that the competition was simply not as strong at school Y. In effect, these scores either show that a student deserved the high grades he received, or that the school simply hands out many A’s.

Many students will present to schools with the same high grades and test scores. Having high Subject Test scores, highlighting your mastery of the subject, may give you the edge you need to get your essay read.

MY PERCENTILE SCORES WILL BE REPORTED TO COLLEGES, NOT JUST MY SCORE, SO ADMISSIONS OFFICERS WILL TRULY SEE WHERE I STAND.

NOT TRUE. The percentile scores do NOT get reported to colleges, only the score. Most admissions officers don’t differentiate or even worry about if your 760 was high or low for your test. So those who get a 768 on the Korean with Listening test (the highest average of all the SAT Subject Tests) score only 50%, but the score still looks strong.

Point: it pays to study the average scores and pick tests based on your ability and the scoring curve. The average information is available on the College Board’s web site, and is actually printed on the score reports you receive back after taking SAT Subject Tests. Use them to your advantage!

IT DOESN’T MATTER WHICH SUBJECT TESTS I SIGN UP FOR.

NOT TRUE. Students should consider very carefully WHICH tests they sign up for – most students don’t even realize that the average test scores are different on every SAT Subject Test! Most assume that the mean score is 500, but that is NOT the case.

Take the Math Level I and the Math Level II as an example. Many students take Math Level I thinking it’s “easier,” but the average score on that test is a 619. If you miss a handful of questions, you will not even score in the 700’s! Compare that to the Math II — the AVERAGE score is 690! That means you can get a bunch wrong and still be in the 700’s (on a recent test, you could get 7 wrong and still score a perfect 800). In other words, every test has a different group of test takers — the kids who take the II are a smaller group, but a stronger group.  Not only that, the Math I isn’t really weighed very heavily at top colleges as it’s the same math that’s on the SAT.

Then there are the tests such as the Chinese with Listening — since many kids who take it speak fluent Chinese, the average is very high: 759!

TRUE. Many students aren’t even aware that they should take these tests after completing the corresponding course work. You’re already studying for your class, which means the Subject Test itself should not be an incredible added burden. So, are you taking AP US History, AP Biology, and AP French? Take the corresponding Subject Tests.  See the list of Subject Tests and check your classes.  Got it?  Now, the Literature Subject Test doesn’t really align perfectly with any class, so study for this test and take it junior spring.  Math 2 is fine if you’ve taken Pre-Calc.

MY ONE SUBJECT TEST SHOULD BE SUFFICIENT, RIGHT?

NOT TRUE. Top candidates at schools like Stanford typically submit four, five, or six subject tests taken since freshman year even if they are not required, and those scores are in the mid 700s. Mr. Fitzsimmons from Harvard’s admissions office was quoted as saying:  “…the writing test has similarities to the SAT’s Subject Tests, which are generally optional and assess knowledge in many academic areas such as biology and French.” Though Harvard (for example) doesn’t require Subject Tests they do strongly recommend submitting two Subject Test scores and “finds those to be among the top predictors of performance.“

TRUE. The practice tests available in the College Board’s book: The Official Study Guide for all Subject Tests are only an hour long (the length of the test) and the results are quite true to actual results so will help you study. Practice can make (close to) perfect. And, practice from the company that writes the tests.

SHOW don’t just TELL. The great Pablo Picasso was spot on when he said, “Action is the foundational key to all success.” Take action, demonstrate your love of learning, highlight your scholarly side and be willing to go that extra mile or take that last test.

We are always asked about scoring and there’s lots of confusion on this front. Subject Test scores are reported on a scale of 200 to 800. Language Tests with Listening include subscores, on a scale of 20 to 80. That’s it.  Pretty clear.

Oh, and don’t forget to check which schools will require you send ALL scores such as Stanford and Cornell.  Why? Because you would not want to send a score that wouldn’t help you.  See why we insist our students take practice tests before sitting for an actual Subject Test?