You’d think that after a spate of SAT and ACT cancellations because of COVID-19, the College Board and the ACT would pull out all the stops to ensure that high school students – especially current juniors – would face no obstacles in rescheduling their exams for July, August, September, and October.

You’d think leaders of these two mammoth companies, keenly aware of the numbers of colleges and universities waiving testing for students applying to college this fall, would do everything in their power to avoid losing even more market share at a pivotal time.

Instead? Turmoil and greater uncertainty for juniors who did not complete their admissions testing before May (i.e. most of them).

Last week, the College Board attempted to reopen registration for students who registered for spring 2020 testing and who have no SAT scores. A crush of students and families – clearly the result of pent-up demand among anxious juniors and their parents – tried to register but were met with technical failures. We were hearing from our students one after another that they were sitting at their computers for hours and could not log on. This comes on top of the glitches with the online AP exams that resulted in thousands of students not being able to submit their exams and having to take the exams again in June.

Today, the College Board announced that it is canceling plans for an online, in-home SAT. As noted in the Washington Post, an estimated 1 million high school juniors this spring who do not have an SAT score were blocked from taking the test because of testing-center cancellations. They form a large share of college-bound seniors in the Class of 2021. The College Board hopes to expand capacity in the fall, but how much that will offset this spring’s testing turmoil remains unknown. 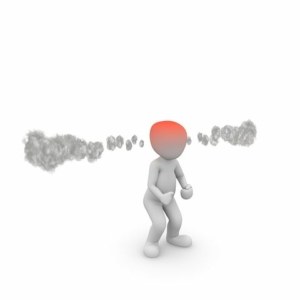 Meanwhile, over at the ACT, a change in CEO ensued and the organization sought to cut its costs by having fewer test centers open this June and July. Fewer test centers – and more social distancing in those that do open – means that students will face uneven access to the ACT this summer.

The ACT is prioritizing Class of 2020 seniors who need the ACT for scholarship applications and admissions decisions and juniors in the Class of 2021. According to the head of a test prep service, only 33% of testing centers are scheduled to open in June and July. As Jed Applerouth noted to Inside Higher Ed, “Students will be disproportionately affected across the country. No students in Massachusetts will be able to sit for a June ACT. In Wisconsin, a single test center of the 107 scheduled will be open. In New York, the state hardest hit by the pandemic, a mere 15 of their 203 sites are open,” he wrote. “States with fewer than 10 percent of sites open include New York, New Jersey, Maryland, Delaware, Massachusetts, Maine, New Hampshire, Vermont and Wisconsin.”

So, should juniors try to take the exams? If you are planning to apply under an early decision or early action program and were able to secure a seat for June, July, August, September or October, then yes. Use time this summer to prepare and do you very best on the exams. You’ll get the results of these exams before the vast majority of early deadlines. Even schools who’ve waived testing for this year will still take note of strong scores on your admissions application and they will strengthen your application.

2 replies on “Oops!…They Did It Again. More SAT and ACT Issues”

Have you ever tried to call the College Board and speak to a competent, problem-solver? It’s impossible. The College Board is broken and the universe needs to figure it out. Why have we made them so powerful? It’s clear they are incompetent and no one is leading the charge over there.