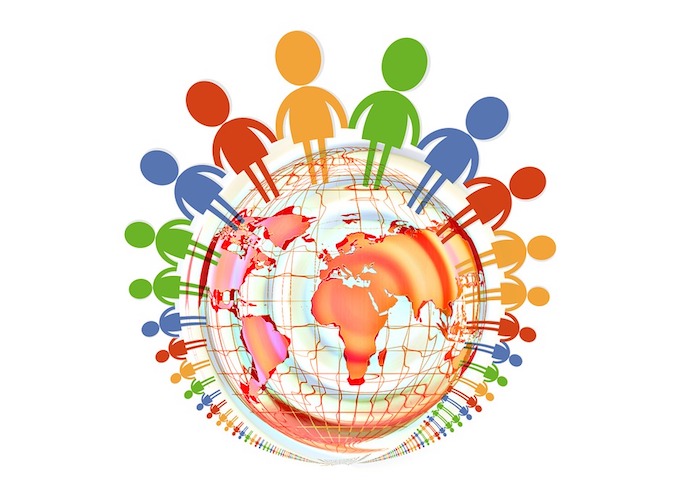 In the wake of the horrific school shooting at Marjory Stoneman Douglas High School, on February 14, 2018 many high school students have organized a movement to push for tougher gun laws. Among the actions students plan to take is a National School Walkout, scheduled for March 14. The response to this student-planned activism from some high school administrators has been to remind them that this action would lead to their suspension.

Since school disciplinary action must be reported to colleges, this, naturally, has led students and families to wonder how the impact of a suspension for participating in a peaceful protest will impact their chances for college admission and for those accepted in the early round, if their acceptances will be rescinded.

To date, a continuously growing number of colleges and universities around the country have released statements that describe how disciplinary actions related to peaceful student activism will be factored into the admissions decision process.

Among the institutions that have made public statements in support of peaceful student activism, below are some that we find most compelling.

Bates is a community that encourages and cultivates informed action. We support students who speak the truth and advocate for what they believe in. Bates Admissions will not penalize you for participating in peaceful protest.

Boston College commends the students of Marjory Stoneman Douglas High School. They have inspired high school students nationwide to remind us that safety, freedom, and peace are essential in all educational settings. Applicants to Boston College who respectfully speak and act in support of these principles will not be penalized in the admissions process.

Boston University stands in support of every high school student who chooses to participate in peaceful protests, such as the March For Our Lives and the National School Walkout Day, or those who thoughtfully and respectfully exercise their freedom of expression. We want to reassure students who have already been admitted to BU or whose applications are under review, that your admission to BU will not be jeopardized should your school levy a penalty for participating in such protests.

Bowdoin College celebrates student engagement with critical issues. We don’t punish for it. If you receive school discipline for walking out in peaceful protest, admissions won’t hold it against you.

Columbia University: Students applying for admission to Columbia College and the Fu Foundation School of Engineering and Applied Science who face disciplinary action for peaceful protest will not be at a disadvantage in the Columbia admissions process.

Dartmouth supports active citizenship and applauds students’ expression of their beliefs. Participation in peaceful protest in no way jeopardizes your admission to Dartmouth, even if you are disciplined or suspended. Speak your truth.

Harvey Mudd College: We assure you that any disciplinary action taken by a school in response to students’ walking out of class or protesting in response to gun violence will not be held against you in our admissions process.

Pomona College wants to assure you that participating in peaceful protests in response to gun violence, even if this leads to suspension or other disciplinary action, will have absolutely no impact on your admission to Pomona.

Swarthmore College has supported the right to peaceful assembly for more than 150 years. Your participation in nonviolent demonstrations has no negative impact on your application or admission to Swarthmore.

UCLA stands with you. Participation in peaceful, meaningful protest and/or civil action in no way jeopardizes your admission or scholarship to UCLA.

UC Berkeley fully supports the right of students to peacefully protest, and would never refuse your admittance for doing so. Signed, the home of free speech.

UVA is committed to helping students develop as scholars and citizens…we admire and are grateful for the student activists who are leading the charge for change. Of course we will not penalize students for their participation in these peaceful civic protests.

Wellesley College supports the rich tradition of women who are civically engaged and work to make a difference in the world. Students who report disciplinary actions for participation in peaceful protests related to issues of public concern will not be disadvantaged in the application process.

Yale University: Will Yale look unfavorably upon discipline resulting from peaceful demonstrations? The answer is simple: Of course not. Yale will NOT be rescinding anyone’s admissions decision for participating in peaceful walkouts for this or other causes, regardless of any high school’s disciplinary policy.

As of February 26, schools like Brown, Harvard, Princeton and Stanford have yet to articulate a public position on whether or not students who receive disciplinary action from their high schools for participating in peaceful civic action related to the planned walk-out on March 14 will see their admissions applications negatively impacted. Contact the admissions offices of these and other schools who haven’t yet released statements to ask their position on this important question.

A full list of statements from institutions regarding the way they will view this disciplinary action can be found on the National Association of College Admissions Counselors website. This listing will be updated often, so you can check back to see additions to the current list.

Get Our College Admissions 101 Guide!Download now for exclusive, insider tips on how to get into your top choice school.

- What is the Academic Index and how can I calculate mine?

- How do I prepare for College Interviews?

- I’m an IB student; do I still need to take AP exams or SAT subject tests?

- What should I do if I’m having problems with the Common App?