Our blog doesn’t usually veer into politics but insofar as the current administration has turned against immigrants, we wanted to take a moment during the holiday season to acknowledge the importance of immigrants to our country’s intellectual capital. While our current administration is no friend to immigrants, the nation’s top colleges are ignoring that radio frequency and reaching out to underserved demographics including lower income students (measured by the percentage of Pell grant recipients), underrepresented minority students, first generation students (whose parents did not attend college) and immigrant children. This inspiring article from the NY Times follows a family who arrived in the Bronx from Cameroon ten years ago with no English skills at all. Instead of “sending them back to their huts” (alas, direct quote from the president – SAD) in Africa, the girls found their way to Democracy Prep, a public charter school in Harlem. Fast-forward to college acceptances and three of five sisters were accepted to Ivy League Schools (Yale, Harvard and Dartmouth).

America represents the dream of arriving to this country with nothing, working hard, and succeeding and top colleges are supporting this mission by ignoring the current administrations anti-immigration rants.

I am proud to live just outside of Middlebury, Vermont where Middlebury’s visionary president, Laurie Patton, stepped up to the plate to support DACA students and in fact, any undocumented students with full financial support as well. In a statement issued this September, Patton wrote to the Middlebury community, “We are writing to state clearly that no matter what the Administration decides to do, we will stand by our students, protect their rights, and continue to provide them an outstanding education. We are proud of the accomplishments of our DACA students and will continue to support them in every way we can… Middlebury is and will remain unwaveringly committed to providing educational opportunities to students without regard to nationality, place of birth, immigration status, gender, race, ethnicity, sexual orientation, or economic status.”

Amen, sister. Here at Top Tier, we work with many first generation families, immigrants and have done pro bono work for organizations like KIPP, Tenacity, and John Andrew Mazie Memorial Foundation over the years.

We’d also like to point out that forty percent of Fortune 500 companies were founded or co-founded by immigrants or the children of immigrants. Add to that that in 2016, ALL SIX US Nobel Prize winners were immigrants. In fact, since 2000, 39% of US Nobel Prize Winners have been immigrants. What our current administration fails to see is that there is no need to make America great AGAIN – we are a great nation and we lead the world in innovation and scientific prowess thanks to the contributions and collaborations of our citizens who hail from around the world. On that note, a happy new year to all and may it be filled with peace and tolerance. 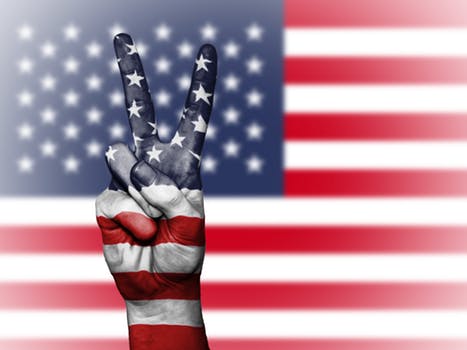