These days the majority of our clients take advantage of early decision and early action application options. Odds go up dramatically in the early round, especially using the early decision binding option. Odds are doubled, for instance, at schools such as Northwestern, Carleton, Middlebury, and William and Mary.

Many colleges are using the early round to accept 40-50% of their classes. When Michele worked in the Dartmouth admissions office in the late 90’s, the Ivies tended to fill up no more than a THIRD of the class through early decision. Now that number has risen dramatically with colleges like U Penn filling HALF the class in ED, Dartmouth over 40% and many small liberal arts colleges 40-50%. Why? Because the yield in ED is 100% (or close) meaning that students have to say YES. That way colleges can control the quality and score averages of the class much more accurately. Plus, any time they stretch to accept an applicant who is interesting but may be “low” in scores, that applicant is bound to say YES. 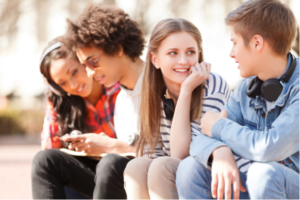 Clearly that is NOT the case in the regular round when the vast majority of students apply. With record high applications, admissions officers are reluctant to stretch for a student who may ultimately turn them down, nor do they have to “close read” a file to look deep between the lines. Instead, they try to maintain the high SAT/ACT averages and students from the top of their class so the numbers come out high at the end of the day.

Even though savvy students take advantage of ED/EA, students who are rejected in that round or who simply weren’t ready, end up in the regular round with the rest of humanity. Because the Ivies and top colleges are in high demand especially with international students, application levels tend to soar and this year is no exception. University of Virginia received 22% more early applications this year and even some of the smaller schools like Colby College in Maine are experiencing huge increases in the number of applications – also a 22% rise this year and Skidmore College had a 13% increase.

Though not all schools have announced their overall application numbers yet, most so far are up from last year – Yale is up 5%, Penn 3.8%, Harvard 1.2% – -so far the only school with a drop is Dartmouth College with a 3.2% decrease from last year, although they were up in the early round with the largest number of early decision applicants ever received.

As always, we will keep an eye on application numbers in the regular round and will report in those numbers as soon as they become available. Head to our recently updated blog post, Class of 2021 Regular Decision Deadlines and Notification Dates to stay on top of the dates for your regular application outcomes.