Warning: Colleges Can Change Their Minds

If you think the cure for Senioritis is graduation, think again. After years of hard work, time and dedication to their studies, most students breathe a sigh of relief upon receiving their college admissions letters and rightfully so… BUT these letters aren’t a signal to kick off your summer early and start slacking in your academics or in your behavior. If anything, the opposite is true!

Now that you’re IN you need to ensure you stay IN. Believe it or not there is the possibility of having your admission rescinded and scholarships revoked. It happens, year after year, handfuls of students at a time. 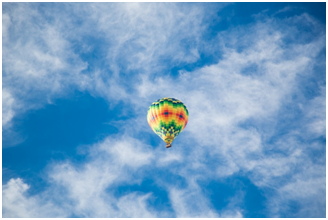 There are various reasons for being “un-accepted,” some considered minor (severe drop in grades, a noticeable decrease in rigor of course work) and some obviously major (cheating, plagiarism, being arrested, drunken behavior, or other disciplinary reasons). With a minor transgression, you will receive the dreaded ‘Warning Letter’ stating a shift in your grades or that you dropped all of your APs in favor of mild electives. This letter will request an explanation. PAY HEED to this letter and immediately take action to rectify your situation. Speak to your teachers/counselors/parents and create a plan to address the issue. Most importantly write a letter to the school explaining the circumstances and assure them you are working to remedy the situation. This will show that you are taking responsibility for this misstep and actively working to boost your grades or push back up to higher level classes.

A major transgression on the other hand, especially anything to do with plagiarism or violent behavior, either during the semester OR EVEN the summer prior to attending college, could result in an outright revocation of your acceptance. YES, colleges can do this – read the fine print on your acceptance letters.

We’ve witnessed many sad stories over our 15+ years working with students.  Good kids making bad decisions that change the course of their lives.  More than one student has gotten into trouble on revisit day once decisions have come in and they are shopping to figure out where to go.  Getting caught misbehaving and breaking rules when you are visiting doesn’t bode well for being a part of the school culture.  Colleges will come down hard.  And, we are told by admissions officers, they are on the lookout for this sort of behavior on their revisit weekends.

We tell you this with absolute certainty, as one of Michele’s jobs at Dartmouth was to check all the transcripts of every accepted student in the early decision round to see if they were maintaining a high standard. Dartmouth’s early decision acceptance letters clearly stated that acceptance was “contingent upon successful completion of senior year.” Any student whose GPA dropped to 2.0 or below or who had 2 D’s or lower (a D and an F) would receive the dreaded Warning Letter asking for an explanation. Colleges retain the right to remove any person from their incoming class who does not follow their moral and academic code.

Maintain the same standard senior year as you did before you applied to college. After all, the student who painstakingly studied for those good grades and test scores that got you in, is the student they are admitting and expecting on Day 1. Don’t be foolish.  Refrain from taking short cuts or posting a drunken photo on Facebook.  Say no when that little rebellious voice says “Sure, cut class and pull the prank, it would be fun and you’ve killed yourself all these years.”

Your ‘Getting In and Staying In’ Cheat Sheet:
*one of the few times cutting corners is acceptable

The real cure for Senioritis IS graduation PLUS walking onto campus as a newly anointed freshman. Don’t worry – in another 4 years you’ll fight Senioritis one more time… and WIN!