We get many questions about the value of a liberal arts education given the practical aspect of looking for a job after college. While we 100% support liberal arts, often it’s helpful for students to get a taste of “real life” and problem solving to have more options in the job market after they graduate. Our clients and friends have raved about this program sponsored by Middlebury College (where I live) on their Lake Tahoe campus. MiddCORE is a four-week summer program at Lake Tahoe for current college students and recent graduates who want to develop the SKILLS, EXPERIENCE, and CONFIDENCE to be successful in life and work. Through an intensive daily schedule of small-group classes and mentor-led workshops, students develop skills in teamwork, innovation, trial-and-error exploration, networking, and practical problem solving. This award-winning program is highly collaborative and hands-on. Students work closely with each other and more than 50 mentors from leading fields and professions. This summer’s dates are June 3- July 1, 2017. Mentors include the cofounder of Netflix, the President of Peet’s Coffee, the Managing Director of Brand Solutions at Google, etc… We like the idea of marrying liberal arts with entrepreneurship and Middlebury is particularly good in this respect.

If you are interested in applying, here are the details of the application process.

Roxbury Latin students take time from the business of their academic lives to honor the life of a man who died alone with no family to carry his casket. Read more…

Are you a high school student interested in mathematical research? Do you consider mathematics to be a ‘unique and wonderful way of life’ like MIT Primes Chief Research Advisor Pavel Etingof? How about the opportunity to work directly with some incredible mathematicians and a like-minded peer group to potentially experience the thrill of proving a new theorem? Sound interesting?

Kudos to MIT Primes and Art of Problem Solving for joining forces and providing just such an opportunity! Jointly launching CrowdMath, an online collaborative research project, provides mathematically sophisticated high school students from around the globe, the opportunity to experience research mathematics and collaborate on unsolved problems under the mentorship of renowned mathematicians. CrowdMath is an open project, therefore no deadlines, simply register for a free account on the AoPS site and begin to experience the thrills of mathematical research for yourself!

We have about 60+ inches of snow here in the Boston area, so summer seems a long way off. No, really, we do! For high school students, however, NOW is the time to craft a summer plan that includes an academic focus.  Colleges look for kids who are active learners, those who spend their free time pursuing fresh intellectual ideas in their academic area. Students should think about how to build on their academic/scholarly interests and go above and beyond this summer. 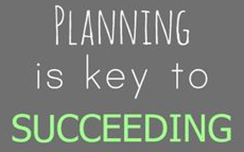 For a student who loves research and has a specific science interest, that might entail five weeks doing research in a lab. For a high-level french horn player, it might mean four weeks in a rigorous music camp. The key is not the brand name of the program (Stanford Summer School for instance) but rather the way the academic focus ties into the student’s scholarly niche. Students falsely assume attending a specific school’s summer school will help them get into that school – it won’t! In fact, these summer programs are huge money makers for top colleges who charge a premium for the name brand of attending. Some don’t even use their own professors to teach the summer courses. Want some evidence of this?  Google “summer programs for high school students” and you will see over 20.3 million websites retrieved! The key is sifting through programs to find top level programs for college credit that will help you build evidence of your scholarly passion in a specific academic area.

The ironic part is that most programs (not all) accept almost anyone who applies (within reason). This is not true for all top college level programs—the Yale Ivy Scholars Program, for instance, reportedly accepts only 20% of applicants.  We urge students to pick a program based on their interests for the love of learning.  If you are a student interested in the history of science, for instance, you may not find an appropriate course at your local college, so the Harvard summer program, often called Harvard Secondary School Program (SSP), may be appropriate as they offer several courses in this area in 2015.  Here are just a few:  The Darwinian Revolution, Art and Science from the 15th to 20th Centuries, and Minds and Machines: The History of Computers, AI, and Robots.  Not in the Boston area?  No problem!  There are online course options as well!

The moral of the story is search for what you really want to study—if the best class on impressionism happens to be at your local community college or state university, that’s fine. Don’t focus on the name brand of the program but on what the program actually covers. See our Ultimate Guide to Top Summer Programs for programs that have a high level of academic rigor.

Also, students who live in privileged areas may want to weave in work during summers to show they are not afraid to get their hands dirty. Many admissions officers had to work to put themselves through college and can hold it against students from areas like Greenwich, New York City, Beverly Hills, etc… who have never worked an actual job. What kind of job? The more low-level the better. Students often head in the other direction by obtaining fancy internships through parental connections. Admissions officers are not dense: no student is going to find an internship with a top hedge fund or law firm without parental intervention. Students would be better off pumping gas at the local gas station or working the cash register at CVS than just accepting a job at a fancy internship with no connection to their academic interests—that won’t impress colleges. Make your summers count!  Deepen your area of academic interest by taking a college level course or reaching out to a professor for research opportunities.  Remember, you will not only add to your academic heft by including a college transcript or research experience on your college application, you will also have more experiences to write about in your college essays! 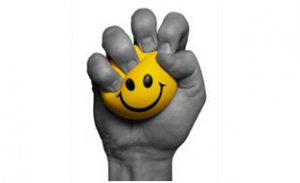 The New York Times reported data from a new survey that indicates a high level of stress in high school students during their senior year.

The article notes: High numbers of students are beginning college having felt depressed and overwhelmed during the previous year, according to an annual survey released on Thursday, reinforcing some experts’ concern about the emotional health of college freshmen.

The lead author on the research, Kevin Eagan, summed up the responses of over 15,000 students as possibly hinging on stress around college admissions: “Students may be getting the message that they have to take the last year of high school more seriously to get into college, so they’re coming in with greater levels of anxiety,”

“It’s a public health issue,” said Dr. Anthony L. Rostain, a psychiatrist and co-chairman of a University of Pennsylvania task force on students’ emotional health. I wish Dr. Rostain would take a walk over to the U Penn admissions office and share this information with them. Colleges are partly at fault for creating much of the unnecessary stress around admissions by not being transparent with admissions requirements.

The very reason I wrote the book, Don’t Worry You’ll Get In with Dr. Michele Hernandez eleven years ago and launched our Application Boot Camps  was to help lessen the stress around the college admissions process to make it less confusing and give students and parents a clear plan. My research with 1,500 families noted college admissions stress as one of the top 5 things that caused their families anxiety.

College admissions doesn’t have to be this stressful. If colleges would be more clear and honest – If the Ivies would just SAY that if your SAT scores are below 700 don’t apply, or if you are Asian, your scores had better be in the high 700s, then students wouldn’t waste an early application with a “hope” of getting in.

The myths that float around about admissions also cause misinformation and stress. Kids think they need to run themselves ragged all in the name of “getting in.” Not so. We work with students so that they focus on their main academic interests and sharpen those, dropping all the many random things they do and don’t care about since participating in a bunch of unrelated activities won’t help in admissions. We cut through the chatter and educate students on what the “real” requirements are for specific schools, not necessarily what they might have heard from a friend or a college Info Session.

We worked with a young woman who spent 13 hours a week playing JV volleyball. She HATED volleyball and at 5’2” was never going to be recruited for the sport. Once we gave her permission to stop playing and instead devote her time to her real interest – building computers – she was in heaven AND became a high impact candidate at top colleges because of what she did with that computer science interest.

So, I applaud the new study reported by The New York Times. Yes, kids are stressed out in high school. But, senior year should be a more relaxed time because the majority of the preparation for college really happens freshman, sophomore and junior years. That’s when students are making choices about which classes they take, how they spend their time outside of class, how prepared for standardized tests they are and which tests they take – meaning more than schools require. When a student applies early to college (November 1 or 15th) it’s their record up until the end of junior year that will be presented to colleges.

Knowledge is power and student stress is lessened with a plan crafted their freshman year and a real understanding of what is and isn’t the truth around unofficial admissions requirements at specific schools of interest to them.

What would I say to a high school student? Take a deep breath….learn the truth about admissions……then with a plan…..do what you love academically at a high level and enjoy your high school years rather than stressing about things that really are under your control.