10 Books to Make You Smarter During Quarantine 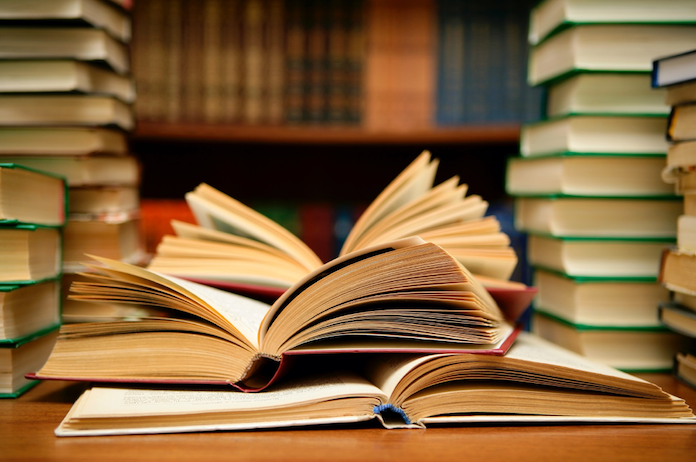 In these unprecedented weeks and months of Coronavirus quarantine, there is perhaps no better escape from COVID-19 anxieties than a reading list of good books. We may not be able to linger in our favorite libraries or bookstores, but we can still access new literary worlds, eras, and characters in hardcopy or on our eReaders. While it may be tempting to use your free time at home to binge the latest Netflix series or master a video game, choosing to dive into one these books instead will enrich your vocabulary and expand your worldview. Reading classic works of literature or well-written bestsellers will also make you more familiar with the types of passages that appear on the SAT and ACT. As an added bonus, you will be prepared to answer a popular admissions interview question: “What are some books you have recently read for pleasure?” While you’re reading, don’t forget to keep a running list of any unfamiliar words to look up later!

Not sure where to begin? We suggest selecting one of these classic novels or more recent bestsellers. Happy reading!

As Steinbeck’s “most ambitious project,” East of Eden is a captivating epic that follows two families, the Trasks and the Hamiltons, across generations. Set in California, Steinbeck explores themes of love, guilt, and freedom as he tells a story with parallels to the biblical Book of Genesis, particularly the story of Cain and Abel. If you enjoy multi-generational dramas or descriptions of the California landscape, this book is for you! Once you finish East of Eden, we recommend watching the 1955 film adaptation, starring James Dean.

You’ve probably already encountered the F. Scott Fitzgerald in English class by way of The Great Gatsby, his vivid account of decadence in the roaring 20s. Like Gatsby, This Side of Paradise, Fitzgerald’s debut novel, includes a compelling protagonist (Amory Blaine) based on Fitzgerald’s own biography. As we follow his early adulthood from boarding school to Princeton to New York, we learn about Armory’s romantic encounters and career aspirations. The novel includes a blend of styles, including stream-of-consciousness passages, letters, and poems.

This novel follows a day in the life of Clarissa Dalloway, a high-society woman in post-WWI England, as she roams the streets of London and prepares for a dinner party. Stylistically, the novel serves as an example of high modernism as it includes stream of consciousness storytelling, flashbacks, and blended modes of narration. The famous first line, “Mrs. Dalloway said she would buy the flowers herself,” reflects Woolf’s commitment to the feminist movement. In 2002, the film The Hours, starring Meryl Streep, Julianne Moore, and Nicole Kidman (as Woolf), told the story of three women whose lives were affected by Mrs. Dalloway across time.

This 19th-century coming of age novel surged in popularity last year due to Greta Gerwig’s Oscar-nominated film adaptation. Alcott’s novel follows the four March sisters—Meg, Jo, Beth, and Amy—and their mother, Marmee, through their childhood and young adulthood. Loosely based on Alcott’s own life, Little Women is one of America’s most widely read novels since its publication in 1868. In Gerwig’s words, “I think Louisa May Alcott, whether she knew it or not, made the ordinary lives of girls and women extraordinary by turning her pen to them.” Curious to learn more about Louisa May Alcott? Take advantage of this virtual tour of Alcott’s childhood home in Concord, MA!

If you prefer short stories to longer novels, Dubliners is a great choice. Joyce’s compelling collection of fifteen short stories was first published in 1914 and focuses on life in Dublin for the middle class. While Joyce examines big themes such as the search for national identity, his primary goal is to capture ordinary scenes of daily life through vignettes featuring priests, laundresses, scriveners, minor politicians, and authors.

Winner of the 2019 National Book Award for Nonfiction, The Yellow House tells the deeply moving story of a shotgun home in New Orleans East, the people who inhabited it, and the city that surrounded it. Part family history, part sociological study, this book brings to life different eras of New Orleans’ history from a personal perspective. From the 1960s, when the author’s mother purchased the house, to Hurricane Katrina, when it was demolished, this book highlights the economic and racial inequality that served as the backdrop to the author’s childhood and continues to haunt the city today.

From the #1 New York Times bestselling author of The Devil in the White City comes the story of Winston Churchill. Larson’s conversational narrative voice makes this dense history come alive and sheds light on Churchill’s domestic dramas in addition to his political achievements and darkest years. If you loved Season 2 of The Crown, this book is for you!

This novel brings to a close Manel’s critically acclaimed Tudor trilogy. The first two books in this series—Wolf Hall and Bring Up the Bodies, both of which won the prestigious Man Booker Prize—traced Thomas Cromwell’s rise from working class origins to the highest ranks of King Henry VIII’s court. This book follows Cromwell’s equally dramatic fall from power. Rich in historical detail and full of vivid characters, Mantel’s sweeping novel brings Renaissance England to life.

Sally Rooney, a 30-year-old Irish author, was last summer’s literary “it-girl,” and for good reason. With her sharp, accessible prose, Rooney writes about young love, financial instability, and collegiate anxieties. As The New York Times wrote, “Sally Rooney’s sentences are droll, nimble and matter-of-fact. There’s nothing particularly special about them, except for the way she throws them. She’s like one of those elite magicians who can make a playing card pierce the rind of a watermelon.” Normal People was longlisted for the Man Booker Prize.

Julian Barnes has won wide acclaim for his essays, novels and works on nonfiction. His latest book, The Man in the Red Coat, tells the story of Dr. Pozzi, a Gilded Age gynecologist famously painted by John Singer Sargent. With witty, vibrant prose, Barnes takes you on a tour of Paris in the 1880s with a focus on Pozzi and his friends, the Prince de Polignac and Count de Montesquiou. Filled with fascinating accounts of Parisian scandals, larger-than-life characters, and social adventures, this book breathes new life into a forgotten figure.

When All Else Fails, Read a Book

Grad School in the Midst of COVID-19